Time for May Day Magic! 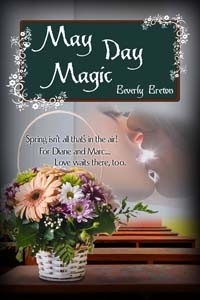 There’s more to May Day than the Maypole! In the early morning, children in the Middle Ages explored the fields to collect wildflowers to create a May basket. The baskets were delivered in secret to friends and neighbors…delightfully described in this poem by Virginia Scott Miner.
May Day Morning
Oh, let’s leave a basket of flowers today
For the little old lady who lives down our way!
We’ll heap it with violets white and blue,
With Jack-in-the-pulpit and wildflowers, too.
We’ll make it of paper and line it with ferns
Then hide–and we’ll watch her surprise when she turns
And opens her door and looks out to see
Who in the world, it could possibly be!

I hope you’ll tap in to some contemporary May Day festivities by starting this month of May reading May Day Magic!

Single mother Diane enlists the help of her two children to create a May Day basket to deliver to her ailing mother, their grandmother. She’s all thumbs when handsome plant nursery owner Marc joins in to help select the flowers.  Diane has also secretly created May baskets for her children as a surprise they will discover when they return from delivering their grandmother’s basket. But there’s one more surprise coming, this time for Diane. Marc’s got a little May Day magic of his own in mind…

Available through Amazon and The Wild Rose Press 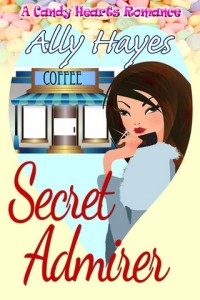 This story is quietly irresistible. Ally Hayes doesn’t resort to exotic locales, crazy plans, or kookie characters to make this story sing. Just real life as most of us know it, and I love that–only completely captivating in the telling. Andi has requested a transfer within her accounting firm, moving from Rhode Island to Connecticut. She wants a new life where she’s more than one of the guys, everybody’s friend and nobody’s girlfriend. She meets Cute Guy in the coffee shop, and agonizes over how to take this chance meeting beyond a few words, to at least introduce herself and get his name. Yet no matter how many mornings she goes there on the way to work, she can’t take the connection further. In the meantime, Bree, a coworker around the same age, brings Ally into a group of friends that get together when they can, and group text often. Andi and Garrett begin a cyber-flirt that has Andi floating on air. But what about Cute Guy, who also gets her heart pounding? Has she made any impression on him? Who is secretly admiring who? And what will happen when Andi manages to take the flirting further, with both Cute Guy and Garrett? Read Secret Admirer so you can find out!